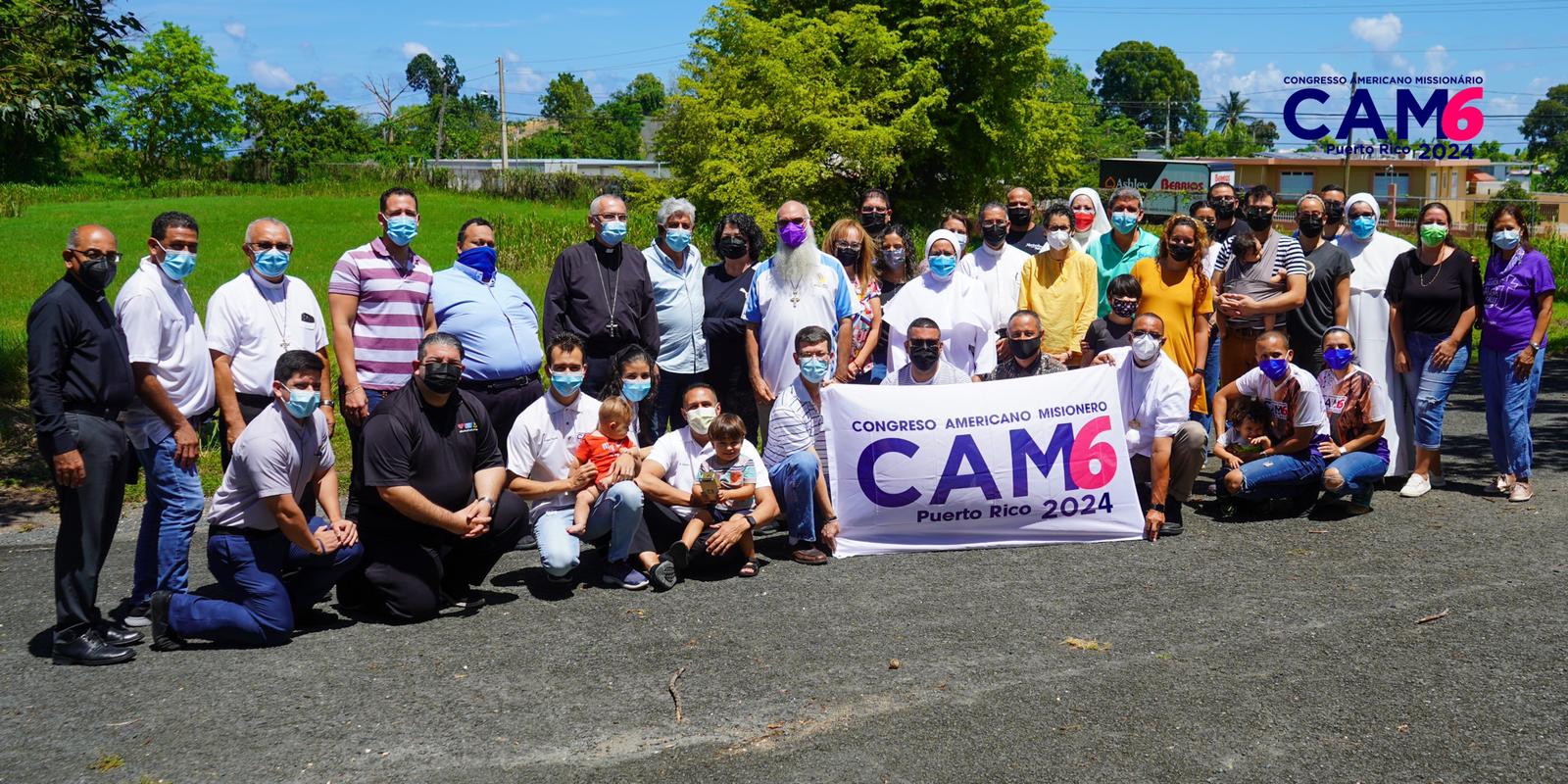 Arecibo, Puerto Rico: Within the context of synodality, the Executive Committee of the Sixth American Missionary Congress (CAM6) Puerto Rico 2024 held its Strategic Programming Workshop on September 17-19 at the Diocesan Center of Arecibo. The purpose of this space for reflection in light of the working instrument – a compendium of documents on the development of CAM6 – was to promote a reflection aimed at discernment for the creation of objectives, theme and slogan for CAM6.

Forty-six people from the different commissions that offer services participated, especially the members of the Methodology, Synthesis and Theology Commissions. In addition, all the Bishops of Puerto Rico participated in person or virtually.

This weekend’s journey began with the Eucharist presided by Father Bishop Rubén A. González Medina, CMF, President of CAM6, of the Puerto Rican Episcopal Conference (CEP) and Bishop of the Diocese of Ponce. During the mass, the symbol of CAM6 was presented: the torch and its meaning. During his message, Father Bishop Rubén recalled the conclusions of the 2020 International Eucharistic Congress held in Budapest, Hungary, which coincided with the work proposed for the strategic meeting.

We recognize the presence of Mons. Daniel Fernández Torres, National Director of the Pontifical Missionary Works (PMW), President of the Missions Commission of the CEP and Bishop of the Diocese of Arecibo, who accompanied every step of the work during the 3 days. In his welcome message, he emphasized that the Diocesan Center has been important in the history of the Diocese and now it is also part of the history of CAM6.

The first day was devoted to the context, development and history of the CAMs. The following days the assembly was divided into 5 groups – in direct reference to each of the Continents – to work on the construction of general and specific objectives. Subsequently, work was compared in the search for common themes and resonances.

Father José Orlando Camacho Torres, S.C.Sp., General Coordinator of CAM6 and National Sub-Director of PMW, affirmed that participating in the CAM6 process is a privilege and that a continental proposal must be discerned. «We must be docile and open to wisdom in order to motivate the particular Churches. We will look for the answers among all of us», he said.

In addition, a moment of prayer was dedicated to each Continent with the presentation of the sign of a flag with a distinctive color. The animation was in charge of the Missionary Team of the Youth Ministry of the Diocese of Arecibo. In short, missionary spirit vibrated in each one of those present.